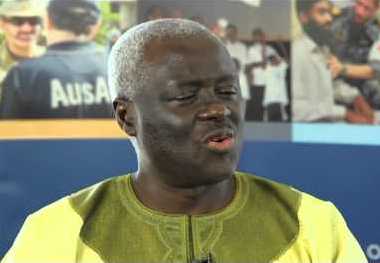 A former Chief of Defence Staff (CDS), General Martin Luther Agwai (rtd), has said that the current Boko Haram insurgency cannot be resolved using only what he called military solutions.

Agwai stated this Saturday in Jos, Plateau State, during the public launch of a book entitled, ‘Integrity Matters: Men of Honour in the Public Square’, written by the Dean, Graduate School, Evangelical Church Winning All, ECWA Theological Seminary, Jos.

Agwai, refused to assess the performance of troops deployed to the areas under state of emergency when he does not have “all the operators gathering the information and what is happening, the overall plan and the exit plan.”

He attributed his military career which saw him rise to the pinnacle as Chief of Army Staff and then Chief of Defence Staff to the grace of God just as he added that during the period, there was insurgency in the southern part of the country but it was contained.

Agwai, who once led one of the biggest United Nations peacekeeping operations in the world in Darfur, Sudan, also spoke on the country turning 53 years on Tuesday.

He expressed appreciation to God that Nigeria became independent the very year he went to Senior Primary School.

“I remembered vividly how we used to sing the old National Anthem, ‘Nigeria we hail thee’. I remember also vividly the Coat of Arms, the Green White Green they (the British) gave us. We have come a long way.

“As human beings, there are always high expectations. And I have always said that the most difficult thing to manage is expectation. There were other challenges, which included the civil war; we had our challenges but we have also had our good points. We have championed freedom in Africa. Everybody knows what role Nigeria played in getting South Africa and the southern part of Africa to become free and independent. Everybody knows what we did in Angola, everybody knows what we have done in our sub-region, in Liberia, in Sierra Leone, in Guinea Bissau and so many other places”, he said.