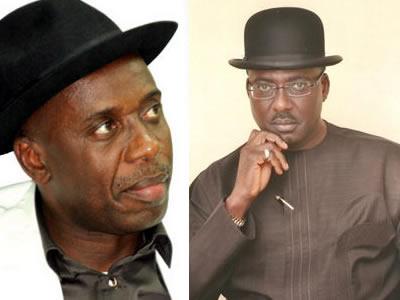 A former Deputy Speaker, House of Representatives and one-time acting national vice chairman of the Peoples’ Democratic Party, PDP, Hon. Chibudom Nwuche has called on Rivers State Governor, Chibuike Rotimi Amaechi to explain to people of the state how the N3trillion that accrued to the state in the last six years has been spent.

Nwuche, who threw the challenge at the governor yesterday in Port Harcourt, was apparently reacting to a statement credited to Mr. Amaechi that most of his critics are persons who had failed careers but have chosen the corridors of power as their next source of livelihood.

But Nwuche said, “the real issues are the questions concerning the deployment of the over N3 trillion he has received as statutory allocations in the past six years.

“Also to be accounted for are state-owned investments and ventures such as the Olympia Hotel, Risonpalm, Abonema Waterside, Supabod Stores, Catering Rest House, the fleet of aircraft left by the Odili administration and so many other assets that were procured for public good have now been sold off in a manner that was not  so transparent.

“Port Harcourt, the Rivers State capital is today a glorified village lacking in water, light, roads and other infrastructure and yet the governor fritters away the state funds in sponsoring clandestine political junkets and other luxury items.

“It is indeed very difficult to justify honest utilization of these accruals with only a few over publicized school buildings and health centers. As I have said at several fora, Rivers people demand an account,” Nwuche declared.

Reacting to the former Speaker’s allegation, the state Commissioner for Agriculture, Emmanuel Chindah said those who are attacking Gov. Amaechi are seeking for political relevance.

According to Mr. Chinda, the governor’s developmental strides in the state are on ground for everyone to see and challenged those criticizing Mr. Amaechi for open debate in governance.