The family and associates of first civilian governor of Plateau State, Chief (Dr) Solomon Daushep Lar, are gripped by palpable fear and apprehension following a relapse in his state of health.

On Monday, there were rumours that the one-time Police Affairs minister had passed on but the Executive Secretary of Solomon Lar Foundation, Mr. Major Adeyi, said that Lar, 80, was not dead, although he is presently on life support.

He said, “Baba (Lar) is not dead, but the truth is that he is on life support. He was discharged from the hospital last week and even read his message to Nigerians on the occasion of Nigeria’s 53rd independence on online version of most newspapers. But two days later, he had a relapse and was rushed to the hospital. As I am talking to you now, he is on life support.”

Lar, who is also the pioneer chairman of the People’s Democratic Party, PDP, has been undergoing medical treatment in a London hospital the past one year for an undisclosed ailment that might not be unconnected with old age.

His last message was on the occasion of Nigeria’s 53rd independence anniversary and the last picture seen of him was with his wife in London. 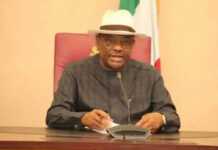 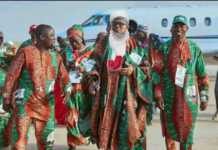 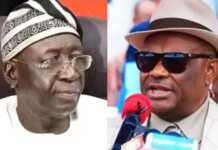