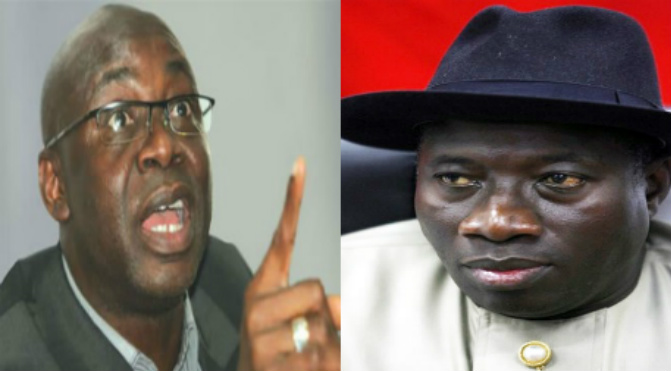 As part of efforts to ensure that his proposed National Dialogue is a success, President Goodluck Jonathan has through his aides and trusted allies, begun reaching out to prominent Nigerians across the six geo-political zones with a bid to securing their support and inputs.

One of such reach-out moves led the Special Adviser to the President on Niger Delta and Chairman, Presidential Amnesty Programme, Hon. Kingsley Kuku, to visit the convener, Save Nigeria Group, SNG, and one of the fiery critics of the present administration, Pastor Tunde Bakare yesterday in Lagos.

Although, neither Kuku nor Bakare disclosed the details of their closed-door meeting which lasted for over an hour, the presidential aide expressed satisfaction with the kind of response and suggestions he got, which he said would help in no small dimension to facilitate fruitful outcome of the national conference.

Kuku also used the opportunity presented by the visit to apologise to the cleric for using harsh words on him in the heat of the January 2012 national protest against the removal of fuel subsidy.

He said: “I must confess that Mr. President personally scolded me for attacking the personality of Pastor Bakare in my attempt to defend government position on the removal of subsidy from fuel. We have discussed it over.”

Responding, Bakare asked rhetorically, “who am I not to forgive? As a matter of fact, I see him as one of my sons in the Lord”.

He added that “All we are doing is in the interest of our country; the younger generation, the born and the unborn ones. I cannot pretend over the fact that I love this country”.

Bakare, who is the head of Latter Rain Assembly, Lagos, said his position on the national dialogue would be made known soon.