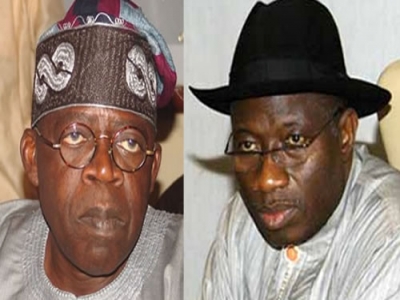 The Conference of Nigerian Political Parties (CNPP) yesterday berated the presidency over its response to the concerns expressed by former governor of Lagos State and chieftain of the All Progressives Congress (APC), Asiwaju Bola Tinubu, on the proposed National Dialogue.

The Presidency, while responding to the APC chieftain’s statement on the convocation of a National Dialogue said, “While the Tinubus of this world focus only on the 2015 general elections, most patriotic ordinary Nigerians are more concerned with the emergence of a united country based on equity and justice.”

But this line of argument was countered by the CNPP which argued that “The above statement is a farce, as the 2015 general elections hold higher hope for ordinary Nigerians’ aspirations for a change in government. It is the epitome of liberal democracies, upon which other meaningful changes are benched.”

Making its position known in a statement by its National Publicity Secretary, Osita Okechukwu, CNPP warned the Presidency to halt further attacks against the former Lagos governor and address the issues he raised on the proposed National Dialogue.

It said: “We call on the Presidency to respond to the germane message that truly, the national conference is a Greek Gift, diversionary and deceptive.

“This is the rational question raised by Tinubu and other patriots, which should be answered, rather than attacking the messenger.

“We listened carefully to the statement made by Tinubu on his arrival from a medical trip abroad and it is in tandem with CNPP’s position that President Jonathan is deceptively building a bridge to nowhere, as we cannot tell how the resolutions of the conference will work outside the 1999 Constitution without a Sovereign National Conference.

“Accordingly, our understanding is that Asiwaju, outside the diversionary and deceptive outlook of President Goodluck Jonathan’s conference, is worried about the credibility, reliability and capability of Mr. President to pull Nigeria through a free, fair and transparent 2015 general elections.

“CNPP pages with Asiwaju on the truism that Mr. President’s failure to pull through the unintended consequences of the conference may hazard and scuttle the 2015 general elections, especially when ethnic merchants dominate the 13-man Prep Committee.

“This fear is based on how President Jonathan demonstrated gross ineptitude and incapacity to manage his political party, the Peoples Democratic Party (PDP).

“For with the umbrella of his party in tatters, how can he mobilise the party’s majority in the state and national assemblies to amend the 1999 Constitution and accommodate issues to be raised by the National Conference? For instance, the agitation of the Ijaw National Congress and others for self-determination, or is he bidding Nigeria goodbye? Answer urgently, please” the CNPP urged.

“Alternatively, for the avoidance of doubt, can rational patriotic Nigerians bank on a president, who, till date, woefully failed to address the core recommendations of the Uwais Electoral Reform Report; Lemu’s post-2011 General Elections-Crisis Report; Ambassador Galtimari’s Boko Haram Report and Orosanye Report; honour the 2009 Academic Staff Union of Universities (ASUU) agreement and implement the 2012 Memorandum of Understanding (MoU) with the union?” CNPP asked.