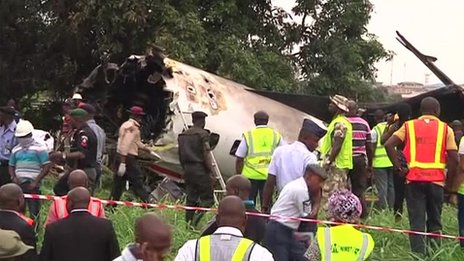 The Accident Investigation Bureau (AIB) has requested a thorough toxicology test to be conducted on the pilot and crew of the ill-fated Associated Airline plane that crashed last Thursday even as the DNA tests on the charred remains of the victims continues.

Toxicology tests are carried out on flight crew members to ascertain whether they had consumed alcohol or had same in their system prior to a crash.

Airline crew, especially Pilots, are known to maintain a healthy lifestyle due to the precarious nature of their jobs that require them to be alert always and in tip-top condition but when a crash that claims lives is involved, every option is explored to determine if it was caused by human or mechanical error.

Also, it is a well known fact that alcohol consumption is an inhibitor of good reasoning in any individual, hence nothing is left to chance in investigation procedures.

Spokesman of AIB, Tunji Oketumbi, who revealed this in a chat with Daily Sun, said it is part of the routine procedures carried out by accident investigators globally.

“So, we have requested for the test to be carried out on the crew while the readout of the flight data recorder and cockpit voice recorders is going on in our facility in Abuja. Hitherto, it was done in the United States of America but now our equipped laboratory in Abuja can handle it. It makes it faster for us and saves us money too,” he said.

Mr. Oketumbi also decried the invasion of the crash site by street urchins, who looted several parts of the ill-fated aircraft and kept same as souvenirs before the arrival of investigators.

“That is part of our challenges in a crash situation. The people who got their first are completely unaware of the damages such looting can cause the investigation. At times, we need to piece the airplane together to a great level to really know what happened. That is why we always rush to the scene to collect the black box first and foremost,” he said.

He also affirmed that the AIB impounded all the maintenance documents and manuals of the airline as soon as the crash occurred, adding that the company was cooperating fully in the investigation.

“They have no choice than to cooperate and we have all their documents and manuals with us. This happens once a crash occurs. A team storms the office and retrieves all the necessary documents,” he added.