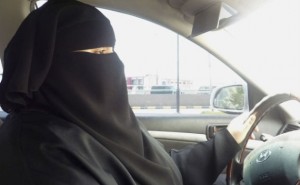 Over 60 women claimed to have answered their call to get behind the wheel in a rare show of defiance against a ban on female driving in the ultraconservative kingdom, Saudi activists said.

Saudi professor and campaigner Aziza Youssef said that the group received 13 videos and another 50 phone messages from women showing or claiming they had driven on Saturday. She said they had no way to verify the messages.

If the numbers are accurate, this year’s campaign is the most successful effort yet by Saudi women demanding the right to drive.

Youssef said they had not received any reports of arrests or women being ticketed by police.

A security official said that authorities did not arrest or fine any female drivers on Saturday. He spoke on condition of anonymity because he was not authorised to speak to the media.

The campaign happened despite several roadblocks along the way during the past few days.

Youssef said she and four other prominent women activists received phone calls this week from a top official with close links to Interior Minister Prince Mohammed bin Nayef, warning them not to drive on Saturday.

She also said that “two suspicious cars” were following her all day. “I don’t know from which party they are from. They are not in a government car,” she said.

The activists changed the original plan to drive only on Saturday to make the campaign open-ended, in response to the threats.

Though no specific Saudi law bans women from driving, women are not issued licenses. They mostly rely on drivers or male relatives to move around.

Clerics who hold far-reaching influence over the monarchy enforce the driving ban, warning that breaking it will spread “licentiousness”. [AlJazeera]