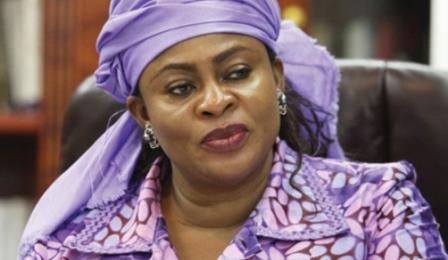 The two armored BMW 760 Li cars purchased from Coscharis Motors Limited in Lagos by the cash-strapped Nigerian Civil Aviation Authority, NCAA, for use by the Minister of Aviation – Stella Oduah-Ogiemwonyi – has been discovered to be over inflated.

Inquiries from several automobile sales companies indicate that the sum of $1.6 million paid by NCAA for the two special purpose vehicles could have easily bought eight, not two BMW armored cars.

Figures from Vista BMW in Coconut Creek, Florida, United States of America quotes the price of a fully armored BMW 760 Li car built to withstand AK 47-7.62×39 ammo and lower caliber weapons at only $162, 195.

Also, a quote provided by the armored car ballistic division of the International Armoring Corporation in Centerville, Utah, USA, revealed that each of the BMW cars could have been made available to the NCAA for $200,000 plus shipping costs to Nigeria.

Other automobile sales companies in Europe quoted even slightly lower figures for the same model of armored cars Mrs. Oduah-Ogiemwonyi compelled the NCAA to buy from a local automobile dealership at outrageous cost to tax payers.

Further investigations also reveal that the two black BMW Li HSS vehicles with chases numbers WBAHP41050DW68032 and WBAHP41010DW68044 respectively were manufactured in Germany in 2008 – an indication that they were not even the latest models in BMW’s range of automobiles.