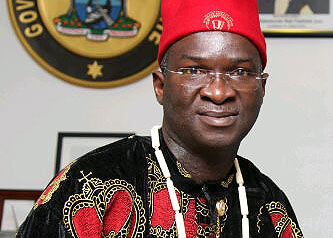 The Sovereign Wealth Fund (SWF) has been described as unconstitutional by the Lagos State governor, Babatunde Raji Fashola (SAN).

He made this known when he received officials of the Nigeria Sovereign Wealth Authority (NSWA) led by its chairman, Mahey Rasheed at his Alausa office in Lagos.

Gov. Fashola told the NSWA officials that he would receive the shareholders Certificate presented to him by the management only as an acknowledgement that the state’s fund was being held somewhere.

“I don’t think it accurately sets the record to say that I supported it. Some of my colleagues supported it and for reasons best known to them, but I do not support it and I made this very clear”, he said.

He added: “I must be clear, I do not support it not because I am against savings; but I disagree because for me, there are fundamental and constitutional issues”.

He explained that the countries cited as examples to support the Sovereign Wealth Fund initiative did not relate to the Nigerian situation because while those countries are either operating monarchies or emirates, Nigeria is operating democracy.

Fashola further stated that he made his position known to the Minister of Finance when she made a presentation of the initiative to the Nigeria Governors’ Forum.

He added: “How do we save money by an act of the National Assembly when the constitution that created the National Assembly itself says that every money must go to the Federation Account and that any money standing in credit in that account must be distributed among states, local governments and the Federal Government. It might be comfortable for some of my other colleagues, but for me, I feel uncomfortable with this kind of arrangement and, as I said, not because I disagree about savings, but I think that questions will be asked in the future. If we must have a Sovereign Wealth Fund and the Federal Government is persuaded, why can’t the Federal Government save its own share of 52 per cent”.