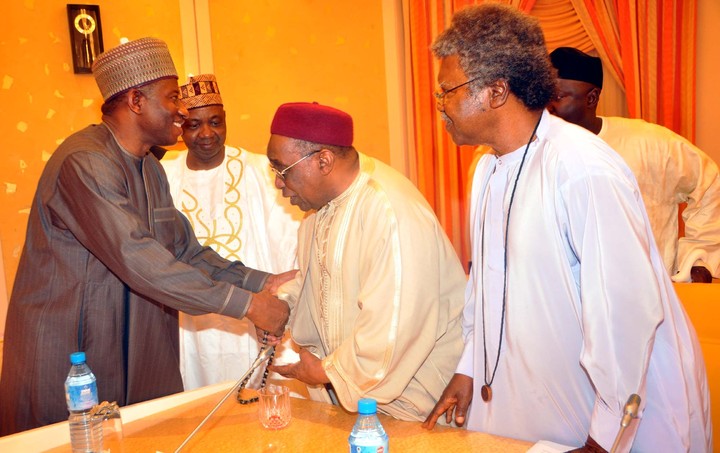 The Arewa Consultative Forum (ACF) on Friday confirmed sighting the list of some top Northern elders which some forces, allegedly working for President Goodluck Jonathan hope to bribe to secure their support for the president’s re-election in 2015.

In a statement personally signed by the ACF Chairman, Alhaji Aliko Mohammed, the pan-Northern socio-political group disclosed that the so called list contains names of some of the most respected people in Northern Nigeria.

“We have however made enquiries within the government and have spoken with many of the people whose names are on the list and they confirmed to us that they know nothing whatsoever about it. No one has met them nor are they interested in meeting any one on the issue,” the statement read.

ACF stated, “Those seeking or advising the president to offer inducements in exchange for support are clearly taking the matter of the President’s re-election away from performance in office to something else. If that is the case, they will be well advised to leave Northern leaders out of it, because the so called list which we have seen, indeed contain names of some of the most respected people in Northern Nigeria”.

It would be recalled that Niger State governor and chairman of the Northern States Governor’s Forum, Dr. Babangida Aliyu, was he first person to raise the alarm over the existence of such a list.

But Special Adviser to the President on Political Matters, Dr. Ahmed Gulak, had denied the allegation and even went as far as accusing the Niger State governor of being in the habit of fabricating lies against Mr. Jonathan.

“What I can simply say is that Mr. President is not used to bribing people. We challenge Aliyu to name the people that were bribed,” he said.