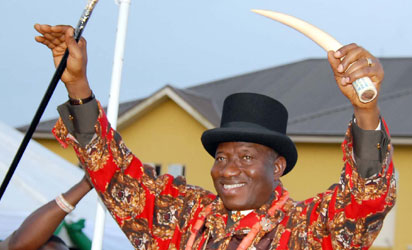 As preparations for 2015 gain momentum, a non-governmental organisation (NGO) known as Rebuild Nigeria initiative, RNI, has emerged to help galvanize support for the re-election of President Goodluck Jonathan.

The group which has already inaugurated its executive has Mr. Emmanuel Okeme from Kogi State as FCT co-ordinator for effective mobilization of the people at the centre.

Media aide to Okeme, Mr. Gabriel Agbonika, said the coordinator has already assumed office with a mandate to remain resolute with the founding ideals of the group.

Okeme said the group’s primary objective was to ensure that Mr. Jonathan wins the 2015 presidential elections.

Mr. Okeme, until his latest appointment was the FCT Chairman of Middle Belt Forum, MBF.