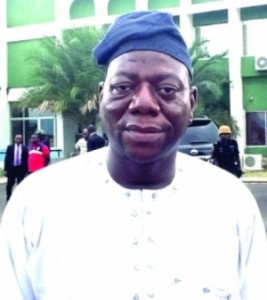 President Goodluck Jonathan on Tuesday mourned the passing away of the Speaker of the Taraba State House of Assembly, Mr. Haruna Tsokwa, who died on Monday morning after a brief illness.

In a statement signed by his Special Adviser on Media and Publicity, Dr. Reuben Abati, the President extended his condolences to the late Speaker’s family, as well as the government and people of Taraba State.

He recalled Tsokwa’s commendable role in restoring political stability to Taraba State as a result of the crises that erupted following the return of ailing Gov. Danbaba Suntai, urging political leaders in the state to honour the late Speaker’s memory by ensuring that peace and order continue to reign in the state after his sad and untimely demise.

Mr. Jonathan also prayed that God Almighty will comfort the late Speakers family, his colleagues in the Taraba State House of Assembly, his friends and political associates as they mourn Tsokwa, who he described as a peace-loving patriot and true democrat.