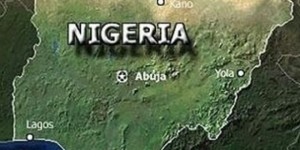 At least eight patients, most of them in critical condition, collapsed while awaiting medical attention at the official flag off of a week-long free medical attention sponsored by the member representing Yola North, Yola South and Girei Federal constituency in the House of Representatives, Hajiya Aishatu Ahmad.

The free medical mission which attracted thousands of people with different ailments was flagged off at the state specialist hospital, Yola.

The patients, who were on queue for over six hours awaiting the commencement of the ceremony, allegedly collapsed due to tiredness.

Two of the collapsed patients, who were hurriedly moved to the Out Patient Department of the hospital were victims of snake bite.

The others, among them two women, were vomiting uncontrollably.

Thousands of other patients who were on queue expressed disgust at the way the organisers of the free medical services attached more importance to the opening ceremony than saving lives of the patients.

Former Minister of State for Health, Dr. Ali Pate, who was the chairman of the occasion, expressed regret that malnutrition was taking its toll on the society due to the increasing poverty rate and urged political office holders to provide the needed three square means to Nigerians, especially children. [Vanguard]