Bouncing back after a seven-year break, Paul Play Dairo recalls the medical challenge that affected his career. 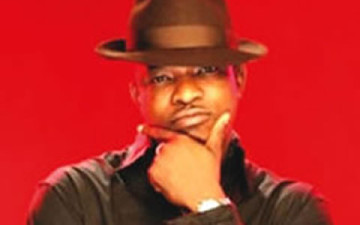 After a seven-year hiatus, ace music producer and artiste, Paul Play Dairo, is working towards staging a big come back. Having dropped a total of five singles since March, he says the response has been massive. In spite of the seeming lull in album sales, the RnB star who says he is up-to- beat with current trends in the music scene, still intends to drop a ‘luxury’ album.

“The idea is basically to fill in the gap since my last album and also sample people’s opinion. Thankfully, the online comments have been encouraging. So far, I have recorded 20 songs and some of them have already been released as singles. I am currently tidying my gospel and each track has an element of Nigerian flavor and pop.

“The bulk of the money is no longer coming from album sales because these songs are already online and people are downloading them. Music business is now streamlined to performance and endorsement. I am still going ahead with the limited edition album which will be expensive because that way I will be able to control and monitor the sales and distribution,” he discloses.

When Paul Play launched his way into the Nigerian music scene in 1999, riding on the goodwill and success of his late father, IK Dairo, he enjoyed solid patronage. Within a short period, he also earned an independent voice of his own, springing hit singles that include Mosorire, Happy Day and Yes O!

In 2009, however, his career was threatened when he fell ill in South Africa, while shooting some music videos for his last album and had to be rushed to a hospital. In his absence, the media was awash with speculations over the nature of the illness. It was rumoured that he had cancer, kidney failure to a spiritual attack. Four years after, he has clearly moved on, choosing not to dwell on the nature of the ailment.

According to him, the near-death-experience has taught him some lessons. He talks about a few of them in a low tone saying, “It was taught to be scared of God, and not to depend on man because God is ultimate. You don’t have to trust man, but psyche yourself that people are close to you for one reason or quality or the other. I lost many trusted friends during my ailment and gained a few in the process.

“There were some who said and did things that made me say ‘Oh, even you too’, but you know it is part of life that when things are down you lose your friends. Right now, I am not afraid of anything. I am stronger and can take whatever life throws at me.”

The year 2014 is ‘Paul Play Dairo’s year’, if indications emerging from the soft spoken artiste are anything to go by. For one, he intends to release a Box Set- two albums of highlife and gospel music. The third will be RnB.

He says, “It will be a limited edition because it is going to be expensive.I wanted an album that people will like. That’s the reason for the long silence. My management is considering working with a number of new school acts like Inyanya and Wizkid. I am open to work with any artiste, so I don’t end up being an island in the industry. I don’t want to streamline myself only to a group or set of people. I was taking my time to do things right and face other things. I have been able to keep up with the industry online and the commendation I have been receiving ever since is an indication that people have missed me and want me back on the scene.”

The one-time Globacom Ambassador adds that so much has changed since his temporary exit from the scene. He says, “The music industry has become saturated. Today, everyone wants to sing so there is limited space to get the desired publicity. But artistes who have pedigree will always fit in, no matter what friends,” he explains.

While many artistes of his time, have found it rather difficult to fit into the scene after being away for a long time, Paul Play is optimistic that his fans will embrace his return and warm up to him. He hinges his belief on the fact that Nigerians now embrace indigenous music when compared to the past.

“If you say it is difficult to come back and then give up things will pass you buy. If the likes of Lionel Richie and Stevie Wonder have stood the test of time, why label yourself as old school? With a good pedigree, people will respect you and with God you can still make a comeback. I don’t intend to stay in music for a long time,’’ he notes.