A Nigerian linked with the Al-Qaeda online magazine, Inspire, Babafemi Lawal, who was recently extradited to the United States by the Nigerian Government faces at least 15 years to life in prison as his trial starts in a New York Court. 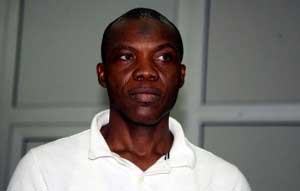 Mr. Lawal was charged with providing material support to Al-Qaeda in the Arabian Peninsula (AQAP) and has been placed in jail without bail.

According to U.S.-based Nigerian Standard Newspaper, he was also charged with using firearms in furtherance of his support for AQAP before United States District Judge John Gleeson at the federal courthouse in Brooklyn, New York.

Court documents and record of court proceedings show that Mr. Lawal travelled to Nigeria from Yemen twice between January 2010 and August 2011, met and trained with leaders of the Yemen-based branch of AQAP and helped the terrorist group’s media operations including the publication of the English Language online magazine, Inspire.

Mr. Lawal also allegedly got weapons and the equivalent $9,000 in cash to help recruit other English speakers from Nigeria.

His charges read: “As alleged in the indictment, the defendant was a member of a violent terrorist organization bent on doing harm to the United States and its allies. The defendant threw his efforts behind al Qaeda in the Arabian Peninsula’s media, recruitment, and weapons training campaigns in an effort to strengthen the terrorist group’s grip on the region and extend its reach throughout the world. We will use every tool at our disposal to combat al Qaeda and other terrorist groups in a manner consistent with our laws,” stated United States Attorney Lynch. Ms. Lynch also expressed her grateful appreciation to the government of Nigeria for its assistance and cooperation in this extradition.

“As alleged, the defendant trained with al Qaeda, assisted in its propaganda efforts, and actively recruited others to join its demented cause. We will continue to work with our international partners to mitigate the global terrorist threat,” stated FBI Assistant Director in Charge, Venizelos.