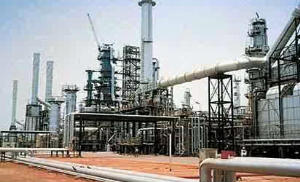 Nigeria Union of Petroleum and Natural Gas Workers, NUPENG, has kicked against the Federal Government’s plan to sell the nation’s four refineries next year, insisting that selling the refineries is not the solution to importation of refined petroleum products, but the building of more refineries.

It wondered why government would suddenly wake up to talk about selling the public refineries in 2014, warning that any decision on the refineries without the involvement of NUPENG and its Petroleum and Natural Gas Senior Staff Association of Nigeria, PENGASSAN, counterpart, would be resisted with everything at labour’s disposal.

The union registered its displeasure in a statement through its General Secretary, Mr. Isaac Aberare, saying it was “worried about the sudden proposal by the federal government to sell the nation’s four refineries next year. Caution must be exercised in the proposed sale as all the stakeholders must be involved, if the plan will see the light of day. NUPENG states that the sale of the refineries is not the solution to the massive importation of petroleum products into the country but the problem is government’s blunt refusal to do the Turn-Around-Maintenance of these refineries over the years to make them function optimally.  We stress that a lot of intrigues, power play, selfish interest to protect the cabal importing fuel had come to play, leaving the equipments in the refineries to rot away.”

The union argued that the nation’s refineries were organizations in the commanding height of the nation’s economy which should remain in the control of government for security and strategic reasons and should not be allowed to be sold to government cronies and front men, as it had happened in the power sector.

“NUPENG is of the belief that more refineries should be established, in the model of the NLNG strategic partnering  and more investors  given tax holidays and land to enable them construct new ones just like the initiative of the Dangote refinery instead of trying to sell the nation’s assets as scraps,” the statement said.