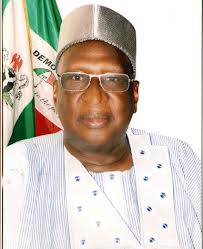 State chapters of the Peoples Democratic Party, PDP, have been enjoined to emulate the leadership style of national chairman of the party – Alhaji Bamanga Tukur, which has seen him strengthen the statutory organs of the party at all levels.

A statement by the national publicity secretary of the PDP, Chief Olisa Metuh also hailed Tukur’s maturity and fatherly disposition in tolerating opposing views even when the holders of such views cross the lines of civilized conduct, saying such leadership traits are the hallmark of a statesman, who is willing to build, rather than destroy an institution he co-founded.

“Alhaji Tukur as a founding father of the Party is a bridge between the original ideals of the formation of the Party and its contemporary existence. His understanding that the PDP is a broad based coalition that exist to cement the bonds of national unity is the reason he is very accommodating to all views no matter how they may be personally  inconveniencing to him”, the statement said.

The party leadership also cited the excellent relations between the President Goodluck Jonathan-led executive arm of government and the legislature as another major achievement of the Tukur-led PDP which has provided synergy for a regular interface between both arms of government.

“Alhaji Tukur has ensured greater participation of the Party in the implementation of government programmes through regular monitoring of the performance of PDP members in government. The regular briefings from ministries, departments and agencies have helped reshape the approach to governance, making them truly accountable to the people.

“Similarly, the Tukur-led administration has strengthened the party statutory organs at all levels to ensure that the efficiency at the national level is replicated at the zonal States, Local and Ward levels in accordance with the PDP constitution, manifesto and the visions of the founding fathers”.

The PDP said this is hugely responsible for the overwhelming victories recorded by the party in most of the bye-elections and local council elections held since 2012.

The Party also commended Tukur for introducing “an uncommon spirit of sportsmanship in the party which has seen it openly congratulate opponents in elections where the PDP lost” and urged opposition parties to “take a cue from this and ensure that political contests remain healthy and rancor free.”