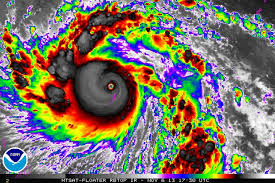 At least three people have been killed and one is missing as the strongest typhoon in the world this year and possibly to ever hit land battered the Philippines.

Two people were electrocuted by power lines toppled by the cyclone while a third victim was struck by lightning, Reynaldo Balido, spokesman for the National Disaster Risk Reduction and Management Council, told the AFP news agency on Friday.

Of the seven people injured, one was hurt in the lightning incident, while the rest were struck by falling objects, Balido told a news conference.

A man is also missing after he was swept off a bank in the central port of Cebu, AFP reported.

The death toll is expected to rise, with authorities unable to immediately contact the worst-affected areas and Haiyan only expected to leave the Philippines in the evening.

“The winds were so strong that they flattened all the banana plants around the house,” university student Jessa Aljibe, 19, told AFP by telephone from the Samar city of Borongan shortly after Haiyan made landfall.

Authorities warned that more than 12 million people were at risk, including residents of Cebu City, which has a population of about 2.5 million, and areas still reeling from a deadly 2011 storm and a 7.2-magnitude quake last month.

The local weather bureau had a lower reading, saying the storm’s speed at landfall had sustained winds at 234kph, with gusts of 275kph. The bureau takes measures based on longer periods of time.