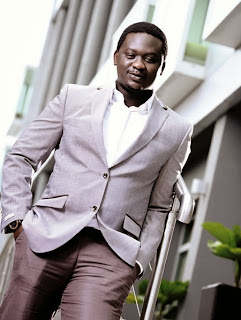 There is no gainsaying that the Nigerian music industry is nowhere close to having structures like its counterparts in the US, UK or other developed countries. However, one could argue that the ‘haphazard’ structures record labels have here have produced some of the most successful artistes Africa, and indeed the world, has seen in recent times. Despite that, there seems to be a common trend of artistes being raised from obscurity by record labels, groomed to success, and then same turning around to desert those labels under the most unamicable circumstances. Alliances are key in any business, especially in one as harsh as the entertainment industry where who you know often determines how far you go, regardless of your talent (or lack of it). There is quite a lengthy list of musicians that have broken away from producers or labels and whose musical careers are yet to recover – artistes who have been unable to score follow up hits since breaking away from a winning relationship.
One of such that keeps coming to mind is 9ice. Regardless of the factors that might have played a part in fracturing his relationship with ID Cabasa, his career is yet to recover from the break with the producer who helped birth the debut album that shot him to limelight. There are others like Chuddy K and GT tha Guitarman, to mention a few.  This leads to two trains of thought, the first of which is: Why kill a working chemistry? Is it because of greed? A lost sense of progress? What exactly is responsible for the prevailing trend of artistes dishonouring contracts or wanting out of arrangements that have spurned hits upon hits for reasons fuelled by a desire to earn more money? The second train of thought is: Should an artiste not ‘move forward’? To this, I say, everyone should take steps necessary for their progress. However, things must be done the right way. None of those aforementioned artistes have really moved forward.
Wizkid, on the other hand, has laid the ground on how to ‘move forward.’ Bad blood would haunt any career, so Wizkid achieved a new paradigm in his relationship with EME. He wanted more, but he or his advisers understood that there’s a time, place for everything, and things, if done properly, will achieve the best results. The artiste is honouring his contract with EME, while building his own record label by the side. The biggest problem facing artistes who want to break away from their hitherto winning formulae is that they take their inexperienced selves into the business of music – not just creating music, as they are gifted at, but becoming their own record executives, and producers amongst other things.A recent example of this is Wande Coal, who is on a quest to be his own label executive. An artiste, in the course of his career, could get to that point but the question is: Is Wande ready? His debut album, which was entirely produced and largely co-written by Don Jazzy, comfortably sits as one of the top Nigerian albums of the decade. Wande is an artiste who, as he says himself, got signed from Mushin. He moved into an apartment in a high brow area of Lagos, drives a choice car and released over a dozen hits during what he now chooses to describe as a 10-year servitude to Don Jazzy. If that’s the definition of serving Don Jazzy, I bet a lot of artistes would choose to serve him for life! Yes, some of the blame lies with the record labels. And here is where I fault them primarily – on the issue of contracts. A press statement released by Mavin Records hinted at the fact that there wasn’t a signed contract between Wande Coal and the label.
This is certainly a recipe for disaster. But then again, not that contracts have ever stopped Nigerian artists from displaying a culture of impunity – case in point: Brymo, who recently released an album in violation of his contract with Chocolate City Record Label. Wande Coal, however, one upped Brymo by allegedly releasing without permission or credit, a song originally written and arranged by Don Jazzy. Unlike the rest of the world where grave career consequences follow walking out of a binding contract or intellectual property theft, such is not the case here. Nigerian acts do these things at free will and earn sentiments from fans, public.
No artiste, not even a Wande Coal or Brymo, should be able to carry on with a music career if he/she decides to walk out of his/her recording contract or ‘steal’ a song over flimsy excuses like “I served you for 10 years”.  If there is to be true progress, there must be an overhaul of the Nigerian music industry, both in terms of structure and mind set. Standard contracts must be signed and artistes and record labels must be held accountable for any breaches of such contracts.
(Temi Babatunde is a music producer turned trained entertainment lawyer of Nigerian descent but based in South Africa)