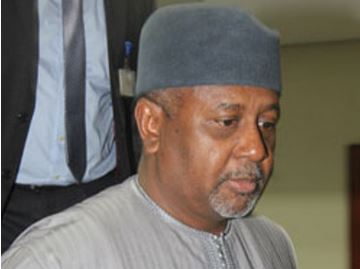 Dasuki however said that the country was responding effectively to the threat of terrorism through the making of relevant laws and policies to destroy the terror networks in the country.

The NSA’s comment was contained in a keynote address read on his behalf by Ambassador Layiwola Laseinde, who represented him at a one-week Strategic Communications Plan workshop for counter-insurgency organised by the  National Defence College, Abuja on Monday.

Dasuki said that the country had come to the realisation that military action alone would not suffice in the campaign against terrorism. He stressed that an enlightenment campaign was a necessity in the quest to defeat fundamentalists’ ideologies and  terrorists’ tendencies.

Dasuki said that the need to build a consensus against violent acts of terror remained one of the reasons strategic communications was included in the nation’s counter-terrorism operations.

He said, “Global terror, championed by Al-Qaeda, has encroached upon the frontiers of Nigeria’s security and well-being. Nigeria is responding to this threat on all fronts.

“Through new and relevant legislations and policies, security agencies have continued to dismantle terrorists’ infrastructure in Nigeria.

“Nigeria realises that military action on its own will not counter terror if not accompanied by a robust public diplomacy aimed at defeating the ideology of hate and building consensus against violent extremism.

Dasuki said that strategic communication in the country would enhance the exposure of the true intent and form of government “that the Al Qaeda-modelled Boko Haram seeks to impose.”

He said that the strategic communication strategy would also strive to place emphasis on the fact that terrorism was un-Islamic and that counter-terrorism was not targeted at Islam.

Dasuki said that efforts would be made to improve Muslim-Christian relations and promote the rate of literacy in the North as the fundamentalists were exploiting mass illiteracy in the area.

The NSA stressed that the Federal Government would promote inter-party collaboration in counter-terrorism so that all stakeholders would contribute to the efforts designed to provide safety and security in the society.