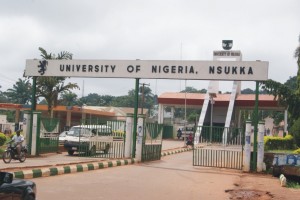 The federal government has suspended the Chairman/Pro-Chancellor of the Governing Council of the University of Nigeria, Nsukka, Dr. Emeka Enejere.

A statement issued yesterday by the Special Assistant (Media) to the supervising Minister of Education, Mr. Simeon Nwakaudu, did not provide details as to the reason for the suspension, but says the suspension was to take immediate effect.

Wike, however, appealed to pro-chancellors of federal polytechnics in Nigeria to mediate in the two-month-old strike embarked upon by the Academic Staff Union of Polytechnics (ASUP).

Speaking at a meeting with the pro-chancellors in Abuja yesterday, the minister disclosed that the government had already started the process of paying the N20.8 billion arrears owed to the polytechnic staff.

He added that the funds would be released as soon as the procedures are concluded.