According to reports, Senator Iyabo Obasanjo has finally admitted to being the author of the infamous 11-page letter to her father, former president Olusegun Obasanjo. 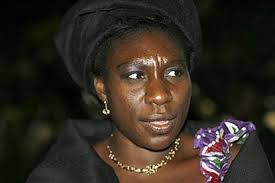 She reportedly spoke to Vanguard yesterday about claims that the letter was not written by her.

When asked if it was true she never wrote the letter, she says:

“No, no, no, that is not true. How can you live by social media? That is part of the problem with Nigeria, people want to be flying rumours. I have not told anybody o! It is early morning here and I just woke up and if I were you I would just ignore them,” Senator Obasanjo said.

“People are calling me and telling me that they called Baba but if I say I am not talking to someone (her father), how can you say you called the person and the person will tell you what is on my mind?” she asked.

Giving reasons on why she broke off, she said that after a break from relating with Obasanjo, she found out days ago that her father would not change from the manipulative person she had known all along.

“The whole of last year I didn’t speak to him and I just started speaking to him recently, and the last time he was trying to manipulate me to say, this, say that. I can’t be saying no when you say no.

“The last time I spoke to him was three days ago and I decided that I was not going to speak to him again after that. That was the communication through which I realized that this man would never change from manipulations for himself.”

Dismissing her unsolicited canvassers on social media, she said:

“I was surprised that they would say that they called Baba, and I said to myself, are these people mad? How can you call the person that I said I am not talking to, to ask him whether I wrote a letter or not and he is going to speak for me?

“Nobody can say that I told him that I didn’t write it. I am not a liar. I will not back away from what I wrote and there is nothing that is there that is a lie. In the last four years how many of them have spoken to me? They are all mad people,” she said.