Daughter of late Funmi Martins and popular actress, Mide Martins who married a popular Nollywood actor and producer Afeez Owo several years ago has denied reports that her marriage has crashed. 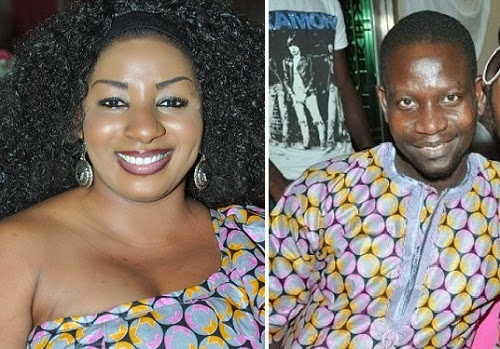 Mide in a recent interview with Encomium magazine says the rumor is not true, and she does not know how the rumour started. As a matter of fact she said, she will soon be having a press conference so she could address the rumour properly.
Her words below;
My marriage is not troubled at all. I am living perfectly with my husband and kids. I don’t know what this craziness is all about. I don’t know who initiated the story. I have received thousands of calls and messages asking me what is wrong with your marriage, what is going on between you and your husband? We heard this, we heard that. At first I did not take it serious but now I am addressing the issue seriously. I am going to grant a press interview because this is a very critical issue. We are not separated at all. They just mere lies and fabrications, nobody called us to confirm all these rumours before publishing it in their papers. That is highly unfair, it is image tarnishing, it is bad. At least we are all one because we are in the same entertainment world. It shouldn’t be like that. We still work and do everything together.