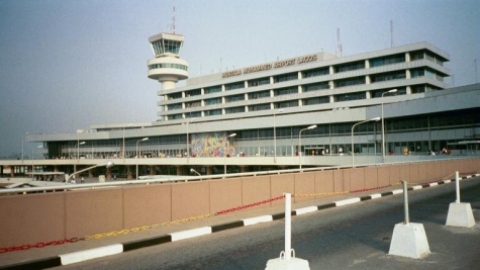 The House of Representatives’ Committee on Aviation yesterday decried the poor air conditioning system at the Murtala Muhammed Airport in Lagos.

The cooling system at the nation’s foremost airport has often been a source of concern for air travelers, who use the facility.

Last month, it was reported that four passengers, who arrived the Lagos from Atlanta in the United States of America, collapsed due to excessive heat at the arrival hall of the airport terminal.

Chairperson of the committee, Nkieruka Onyejeocha said the committee would in the New Year, do better in its oversight function, adding that there were many complaints from Nigerians about the Aviation sector in 2013 to be addressed in 2014.

“Nigerians should expect more proactive oversight. This means that what most people complained of in 2013 in the sector would be addressed in 2014”.

She, however, hailed the remodeling of airports across the country even though she admitted that a lot needs to be done at the international wing of the Lagos Airport.

“Many people during Christmas entered this international airport in Lagos and are still sweating inside the terminal building, because the air conditioning system is not working properly.

“This is not right, how much will it take us to get our air conditioning system right and so many other things”.

She also affirmed that her committee had submitted its recommendations to government on the bullet proof cars purchased by the Nigerian Civil Aviation Authority (NCAA) for the Minister of Aviation, Ms. Stella Oduah.

The House approved the committee’s recommendation that the President should “review the appointment” of Oduah.

“Our work ended with the submission of the report on the floor of the House. We have finished our own work. It is left for the executive to do its own”, she said.