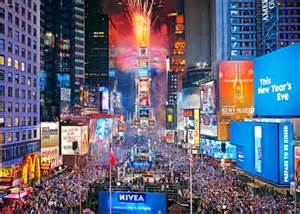 The square will host millions on Tuesday night for count down to 2014.

Starting on Saturday, six Citibikes from the city’s bike share program were being installed in Times Square and connected to 12-volt deep cycle batteries.

New Yorkers and tourists will generate power by pedalling. That will help illuminate the famed ball that will descend New Year’s Eve.

Additionally, a giant paper shredder and a dumpster were installed in Times Square on Saturday to allow visitors to destroy bad memories of 2013.