Hollywood actor Paul Walker, who starred in the Fast & Furious series of action films, has died in a car crash in California. 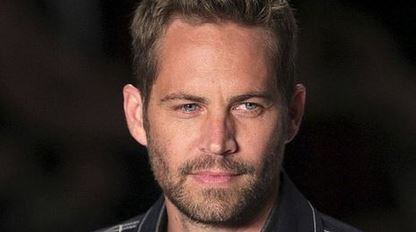 40-year-old Walker was a passenger in a Porsche sports car driven by a friend, identified as Roger Rodas, which crashed north of Los Angeles. Walker was said to be attending a charity event at the time.

The late actor starred in all but one of the films in the Fast & Furious franchise, the sixth of which opened in May. He also starred in the suspense drama Hours, a movie that is set for release this month.

TMZ reports that this picture below was taken just 30 minutes before the accident.

The sports car burst into flames after the crash. The Los Angeles County Sheriff’s Department confirmed that two people found in the car were pronounced dead at the scene.

“It is with a truly heavy heart that we must confirm that Paul Walker passed away today in a tragic car accident while attending a charity event for his organisation Reach Out Worldwide,” the statement on the actor’s Facebook page said.

A renowned actor and Fast & Furious co-star, Vin Diesel, was shocked by the accident:

“He was a passenger in a friend’s car, in which both lost their lives. We… are stunned and saddened beyond belief by this news.”

“Paul was truly one of the most beloved and respected members of our studio family for 14 years, and this loss is devastating to us, to everyone involved with the Fast & Furious films, and to countless fans.

“We send our deepest and most sincere condolences to Paul’s family.”

Another Fast & Furious star, the rapper Ludacris, wrote: “Your humble spirit was felt from the start, wherever you blessed your presence you always left a mark, we were like brothers.”

May his soul rest is peace…