2015 Elections: Why Jonathan, Tukur Should Be Flushed Out – Balarabe Reveals

Alhaji Balarabe Musa, a former governor of old Kaduna State and national Chairman of the Peoples Redemption Party (PRP) has said that the Peoples Democratic Party (PDP) would be better without the likes of President Jonathan and Bamanga Tukur, the National chairman of the party. 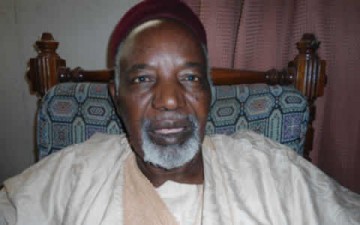 Balarabe made this known to journalists yesterday after attending the birthday party of the Vice President of Nigeria Labour Congress (NLC), Mr Issa Aremu, who clocked 53.

According to him, PDP could win 2015 elections if Jonathan and Tukur were flushed out.

He said that Jonathan is a product of bad system and leadership, adding that he has been messed up and destroyed by the country and will end up like his predecessors.

He however called on Jonathan to use his position and act as president of Nigeria and not President of PDP or any ethnic group, adding that unless Jonathan learns from the relevance of former military leaders, Yakubu Gowon, Murtala Mohammed and Gen Buhari, he will not have headway in putting things right in this country.