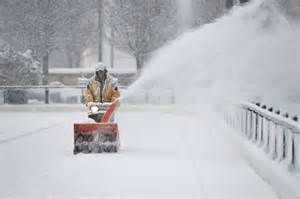 Over 4,400 flights have been cancelled all over the United States as extreme cold in the US Midwest and Northeast froze fuel lines to airplanes and posed exposure hazards for employees working on the tarmac.

JetBlue Airways took the most drastic step of any airline by suspending all flights at New York and Boston airports on Monday, with plans to gradually resume them on Tuesday.

The brunt of the 4,400 cancellations was felt in areas such as Chicago, Minneapolis and Cleveland, according to the cancelled.com tracking service.

More than 1,600 flights were halted at Chicago O’Hare Airport, an airport that typically has 2,400 daily flights, according to city officials.

“Even though there is not a lot of precipitation falling, extreme cold weather can severely impact operations,” Andrea Huguely, a spokeswoman for American Airlines Group, said in an email.

“The problem we – and other carriers – faced very early is the fueling pumper trucks wouldn’t work,” said American spokeswoman Mary Frances Fagan. “Parts were frozen. Fuel nozzles were also frozen and had to be taken to a hangar to thaw out. It’s slow going.”

JetBlue said halting its flights at John F. Kennedy International, LaGuardia, Newark Liberty and Boston Logan airports would allow time to position flight crews and take other steps to recover from snow storms that recently struck the Midwest and parts of the Northeast.

It said it would add extra flights on Tuesday and Wednesday to accommodate passengers whose plans were disrupted.

“It’s a combination of everything that has had a domino effect the last few days,” JetBlue spokesman Anders Lindstrom said. “As one of the largest carriers in the Northeast, weather in this area impacts our entire route network and operations.”