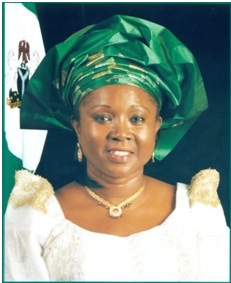 The Minister of Foreign Affairs, Professor Viola Onwuliri has described as most uncomplimentary, remarks by Governor Rochas Okorocha that the President Goodluck Jonathan-led administration has not executed any project in Imo State, challenging the governor to account for funds accruing to the state from the federation account.

Okorocha had in a recent media chat described as unfortunate the fact that President Jonathan had never visited the state to commission any federal project but would be visiting the state to receive defectors into the fold of Peoples Democratic Party. He, therefore, urged people of the state to vote for the All Progressives Congress, APC, in the 2015 general elections.

But Onwuliri, while fielding questions from reporters in Owerri, the Imo State capital, alleged that Okorocha had been deceiving the people with white elephant projects that have no economic value on their lives and advised him to desist from casting aspersions on the president, who she claimed has done a lot for the state.

She recalled that billions of Naira that had accrued to the 27 local councils was today being administered without elected council officials in place, adding that the general hospitals said to have been completed by Okorocha’s administration were not working.

The minister said:  “It is no longer news that billions of Naira accruing to the 27 local governments in the state are being administered without elected local council officials.

“Similarly, the general hospitals the Governor claimed he completed have remained non-functional till date”.

While insisting that the health centres had remained moribund and comatose, Professor Onwuliri, who hails from Imo/Ahiazu Mbaise, said Gov. Okorocha could not continue to accuse Mr. Jonathan of marginalising the state when federal presence was visible across the state.