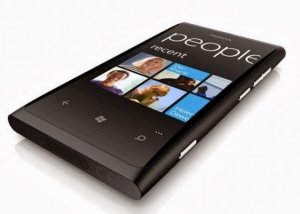 Dispelling recent reports in the tech blogosphere to the contrary, BlackBerry announced this morning that it is working to bring BBM, BlackBerry’s popular and increasingly cross-platform mobile-to-mobile messaging service, to Windows Phone, in partnership with Nokia. BBM will also be present on Nokia’s new Android-based Nokia X smartphone platform when it launches in a few months.

“BBM continues to grow in popularity as millions of people use our mobile platform for chatting and connecting with friends or colleagues, and we are very excited that we will soon welcome Windows Phone and Nokia X users to the BBM community,” said John Sims, President, Global Enterprise Solutions at BlackBerry in a statement.

“Today marks an exciting moment for Nokia,” agreed Bryan Biniak, Vice President and GM of Developer Relations, Nokia Corporation. “By bringing BBM to the Windows Phone and Nokia X communities, our customers will be able to experience this popular global messaging app.”

BBM, which is short for BlackBerry Messenger, was first introduced by Research in Motion (now BlackBerry Limited) several years ago as a secure and private mobile-to-mobile messaging service for BlackBerry users, building on the earlier PIN messaging capability included in the company’s handsets.

(A PIN is an eight-character personal identification number consisting of letters as well as numbers. Each BlackBerry handset is assigned its own unique PIN at the time of manufacture, in addition to industry-standard identifiers).

BBM has always utilized the PIN system. In the BlackBerry universe, PINs are the equivalent of screen names. They’re akin to public keys. If you know the PIN of the person you want to chat with, you can send an invitation (or friend request, in Facebook parlance) to him or her. If he or she accepts the invitation, you’re then connected, and it becomes possible to initiate and carry on a conversation.

In its early days, BBM could only be used for two-way text conversations. But BlackBerry has since added a lot of new capabilities to BBM, including groups, channels, attachments, integration with other applications, voice calling, video chat + screen sharing, and as of last week, stickers through the new BBM Store.

BBM is superior to text messaging in many ways. It works over Wi-Fi, it’s totally independent of mobile telephone numbers, and there is no one hundred and sixty character limit. Most importantly, messages are confirmed as delivered (D) when they land on the recipient’s device, and confirmed as read (R) when opened by the user. The D’s and the R’s alone make BBM extremely useful.

Last May, at the final BlackBerry Live conference, the company announced it was taking BBM cross-platform, and would make the service available to iOS and Android users in the fall. High anticipation and a leaked version of the app messed up the initial launch plans, but BlackBerry ultimately got the rollout back on track and BBM saw a huge number of downloads in its first few days.

On non-BlackBerry phones, new BBM users are assigned a PIN when they launch the app, since they don’t have a BlackBerry handset with a preassigned PIN.

BlackBerry has continually sought to improve the BBM experience on iOS and Android platforms since the launch last fall. BBM 2.0 for those platforms debuted earlier this month, improving the feature parity with BBM for BlackBerry handsets by introducing BBM Voice and BBM Channels.

In addition, BlackBerry recently figured out how to make BBM available to people still stuck on Gingerbread (the Google code name for an older incarnation of Android). Now BlackBerry is conquering the next frontier by bringing BBM to Windows Phone. It’s a very smart move and it will give true meaning to the slogan #BBM4All, which the company uses on Twitter.

It would be nice to see BBM debut on the desktop later this year as well. Currently, BBM only works on handsets and on BlackBerry’s PlayBook tablet (when the PlayBook is bridged to a BlackBerry smartphone).

Since Windows Phone is getting BBM, maybe Windows (and hopefully Mac and GNU/Linux distributions) won’t be too far behind.