An Assemblies of God pastor in Kenya, Peter Waweru Muchiri has been killed by an angry husband who accused him of asking his wife to leave him. 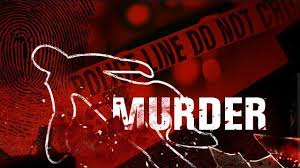 The wife of the accused had gone to the pastor for advice as she was having issues in her marriage. Pastor Peter was said to have advised her to leave her husband and come live with him. Two days later she packed her belongings and left her matrimonial home.

Angered by this, the accused, Elijah Karuri Ndirabu confronted the pastor along the road. He attacked and killed him, after which he submitted himself to the police.

Confirming the incident, the police spokesman, Charles Kortok said the suspect will be remanded until next week when he will be required to answer to murder charges in court, noting that the incident was the second one in a month involving pastors from the Kenya Assemblies of God Church.

He asked pastors to be role models.