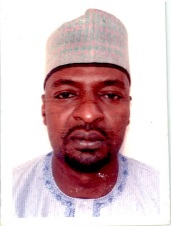 Member representing Jos North/ Bassa federal constituency of Plateau State in the lower chamber of the National Assembly, Sulaiman Kwande, who recently defected from the Democratic People’s Party, DPP, to the All Progressive Congress, APC, has ignored threats by his former party to recall him from the House of Representatives.

National Chairman of DPP, Jeremiah Useni, who spoke with journalists on Friday at his country home in Jos, the Plateau State capital, threatened to begin the process of recalling the lawmaker if he failed to return to the party on whose platform he was voted into the National Assembly.

The DPP specifically gave Mr. Kwande up till Monday to retrace his steps to the party else he would be taken to court and his seat declared vacant.

“One of the major problem killing political parties in the country is indiscipline. The party is supreme and its members must respect the collective decision of a party”, Mr. Useni said.

It would be recalled that the party chairman had earlier affirmed that he asked the lawmaker to decamp to the Peoples Democratic Party, PDP, and not APC.

But the rep member in a chat with journalists on Saturday insisted that his action was in the interest of his constituents and therefore he would not join issues with an individual.

The lawmaker, who dumped the DPP for APC last month, stressed that his defection to the party was an irreversible decision.