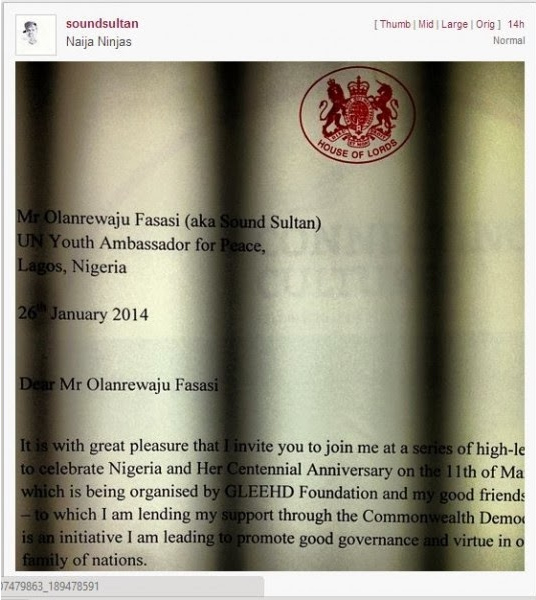 The singer recently instagrammed a cam shot of an official invitation from the House of Lords, which is the upper house of the Parliament of the United Kingdom, inviting him for a date with her majesty Queen Elizabeth II.

“I was called to the London to dine with the Queen,” Sultan who is a UN youth ambassador for peace wrote on Instagram.

According to the invitation letter, Mr. Fasasi and presumably other UN youth ambassadors are invited to feast with the Queen to celebrate Nigeria and Her Centennial Anniversary to promote good governance.

The famous singer only recently invented a new dance step to wow his fans and which was widely accepted.

It was gathered that his fans would get the rudiments of the new step when the singer releases his newest music video titled ‘Kokose’, which has already been shot.