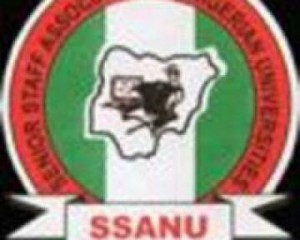 Senior Staff Association of Nigerian Universities, SSANU, has urged the Federal Government to pay up the arrears of the Earned Allowances from 2009 up to 2013.

The association however acknowledged FG’s efforts so far, especially on the release of N30 billion and its proposed release of another N10 billion for the part-payment of the arrears of earned allowances arising from the 2009 Federal Government-based Unions’ Agreements, but argued that it fell short of expectation to settle the earned allowances since 2009.

The association, in a communiqué issued at the end of its National Executive Council, NEC, meeting in Bauchi State, said: “NEC-in-session notes with delight FG’s intervention in releasing N30bn and its proposed release of another N10bn for the part-payment of the arrears of earned allowances arising from the 2009 FGN/University-based Unions’ Agreements. It, however, notes that the intervention fell abysmally short of the expected amount required for the full payment of the arrears accrued from July 2009 to 2013.

“The NEC-in-session calls on government to do a comprehensive bail-out for varsities by paying up all the arrears of the Earned Allowances up to 2013, while the varsities should take up the implementation with effect from 2014.

“NEC-in-session frowns at the haphazard payment of the arrears across federal varsities and calls on all varsities (including the state-owned ones) to ensure that SSANU members are not short-changed in the process of payment and implementation of the earned allowances as any attempt to short-change its members would be met with maximum resistance.”

On the renegotiation of the 2009 agreement, “NEC-in-session notes that going by the terms of the 2009 FGN/SSANU Agreement, the agreement fell due for review with effect from August, 2012. Council laments the culture of the FG signing agreements with unions with little or no commitment to implement the terms in the agreements, which is at the root of frequent industrial crises in the country.”