Toke Makinwa had claimed that her wedding to Maje Ayida on January 15, 2014, was a suprise to her well her wedding gown designer, however, has now outed Toke. 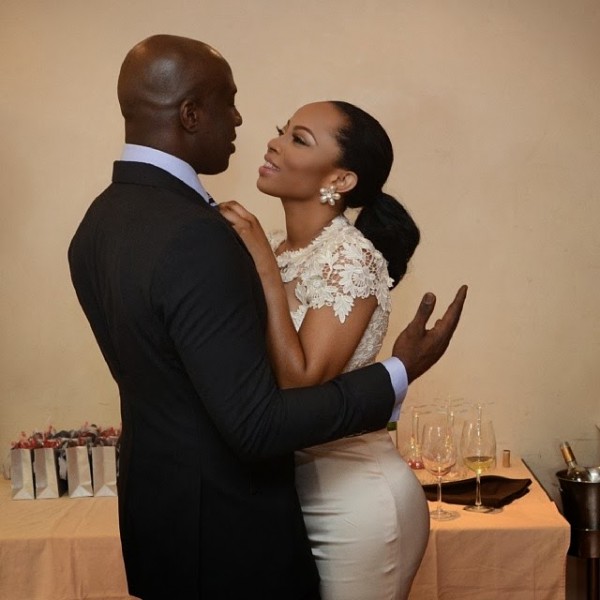 The ‘world’ was surprised when she came out days later to announce that she was married, especially because she had announced her separation a week earlier.

The OAP and socialite apologised to friends and family about the impromptu wedding, explaining that she was left out of the loop just like everybody else and only told about the surprise wedding on the d-day.

‘Plus, it was such a huge surprise, I had no clue. I hate surprises but I must say, this one knocked me out of my elements because I usually suspect something is happening,‘ Toke wrote on her blog days after the wedding.

While discussing Toke’s wedding gown on Moments with Mo’ talk show, fashion designer and owner of fashion brand April by Kunbi, Olakunbi Oyelese, says Toke contacted her THREE days before the wedding and requested for a wedding dress.

Kunbi explained that Toke informed her that she was working on a short deadline. So, maybe Maje Ayida isn’t that spontaneous after all.