A Georgia man, Ryan Quinton, has been charged with vehicular homicide following the death of his bride hours after their wedding reception. 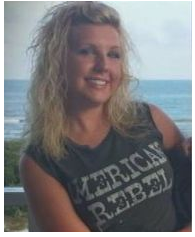 The deadly crash happened in late December in Cherokee County, about 30 miles northwest of Atlanta.

The Georgia State Patrol issued a warrant for the arrest of Ryan Quinton earlier this week.

Crime lab results show his blood alcohol level on Dec. 29, the night of the crash, was .114. The legal limit in Georgia is .08.

Troopers say the deceased bride, Kali Quniton, and her husband Ryan had just left their wedding reception at the nearby Wheeler House when their sports car veered off the road and rolled down a steep embankment, trapping Kali underneath.

“I’m thankful I didn’t see anything other than the car,” Thomas said.

Thomas said he saw Quinton stumbling along the side of the road and called 911.

“He was shaken up. He wasn’t making a whole lot of sense. He was hysterical,” Thomas said.

Thomas said the hardest part for him was seeing the wedding party show up and learning what happened.

“They still had their bridesmaid’s gowns on and they were all dressed up for a party,” Thomas said.

Investigators told said he initially told them he swerved to avoid a dog on the road. They have charged him with DUI, vehicular homicide and other charges.