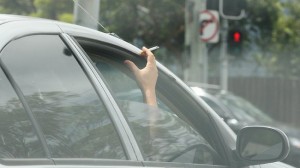 A ban on smoking in cars with children present has moved a step closer after peers inflicted a defeat on the British government in the House of Lords.

Campaigners welcomed the result of the Lords vote, claiming a ban would protect half-a-million children who were exposed to second-hand smoke in cars every week.

Although the successful Labour amendment to the Children and Families Bill does not directly ban smoking in cars with children in them, it backs the principle of making it an offence.

It gives Health Secretary Jeremy Hunt a power to bring in regulations that would make it an offence for a driver to “fail to prevent smoking in the vehicle when a child or children are present”.

The move could become law as government sources indicated that MPs will be given a free vote on the issue when it returns to the Commons.

British Lung Foundation chief executive Dr Penny Woods said: “We are absolutely delighted that the House of Lords has voted in favour of this move towards banning smoking in cars when children are present.

“If enacted a ban would help protect the nearly half a million children who are exposed to toxic second-hand smoke in a car every week.

“This is an issue that the British Lung Foundation has been campaigning on relentlessly. We now look to the Government to listen to the overwhelming support shown across the House of Lords for a ban and take the necessary steps to protect our children’s health”.

Baroness Finlay of Llandaff, a former president of the Royal Society of Medicine, said: “A child in the back seat belted in is effectively imprisoned in the vehicle for their own safety while travelling, but they really are stuck there.

“Whatever adults do they have no control over. But it is also worth remembering that they don’t feel able to say anything.”