Joseph Yobo has earned a recall to the Super Eagles squad as coach Stephen Keshi invites 23 players for the March 5 friendly against Mexico in Atlanta, Georgia, USA.

The on loan Norwich City centre-back, who has not featured for the national team since the 2013 African Cup of Nations in South Africa, is in line to reassert his presence in the Eagles’ defence following his return to England with league strugglers, Norwich.

Ezekiel Imoh, Michael Uchebo and Ramon Azeez are the three uncapped players in line to debut for the African champions.

Technical director Emmanuel Ikpeme told reporters after the technical committee meeting on Wednesday in Abuja that Keshi’s call-up list has been approved.

Meanwhile, Keshi says now is the right time for 33-year-old defender, Yobo, to make a return to the national team.

Keshi told MTNFootball.com: “I had told you before that Yobo was a part of this team. That when the time is right, he would make a return. Now Yobo is ready and he is making his comeback.

“There are several players I invited also whom I have not seen since last year. There a need to see them again and know how ready they are and see if the fresh ones can fit in to our plans for the World Cup.” 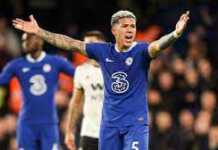