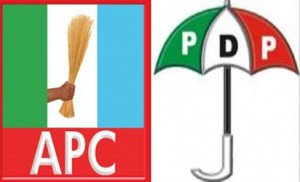 Kwara State Commissioner of Police, Mr. Ambrose Aisabor Tuesday declared that the Police Command would not give permit to the two opposing political parties at the same day to carry out political rallies so as to avoid any violence in the state.

“If party “A” is given a permit for rally automatically party “B” will not be granted permit so as to prevent clash among members or supporters of the opposing political parties,” said Aisabor.

Ever since the political godfather of the state, Olusola Saraki died, the uniting factor has left Kwaara politics, with his son and daughter who had become political bigwigs before his death often differing in opinion.

Former governor of the state, Senator Bukola Saraki had earlier in the year dumped the ruling Peoples Democratic Party (PDP) to pitch his tent with the opposition. The State governor and other political leaders in the state had also defected to the opposition, with a chieftain of the All Progressives Congress (APC) in the state, Gbemisola Saraki, probably following the adage “two rams cannot drink water from the same trough” going the other way.

Loyalists of late Saraki in Kwara are now torn between allegiance to Gbemisola or Bukola Saraki, a situation which the police identifies could forment trouble as the 2015 general elections approach.