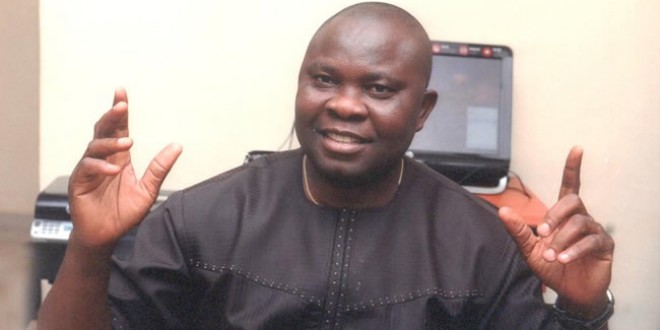 The seven anti-Rotimi Amaechi lawmakers of the Rivers State House of Assembly have decried the alleged withholding of their entitlements and salaries for 12 months.

The lawmakers, who are perceived to be loyalists of the Supervising Minister of Education, Mr. Nyesom Wike, claimed that they have been living on “charity” since the crisis that broke out on the floor of the House on July 9, 2013, which led to the closure of the assembly complex by the state police command.

Speaking with newsmen in Port Harcourt, the member representing Ogu/Bolo constituency and self-styled speaker, Hon Evans Bipi, said they were being owed salaries and allowances running into millions of Naira, saying nobody cared to know how they were faring.

Evans said he was personally being owed N60m as allowances which include security, wardrobe and accommodation among others.

He further alleged that his salaries amounting to N8.3m for the same period had been withheld by the state government.

“For the past 12 months, my constituency project funds of N100m yearly has not been paid for the past two years”, he said.

But in a swift reaction, the Speaker of the state House of Assembly and leader of the pro-Amaechi lawmakers, Rt. Hon Otelemaba Amachree, denied Bipi’s allegations saying “They are not ready for their money. Whenever they are ready, they will come for their money”, adding that “We are not stopping their salaries or allowances”.