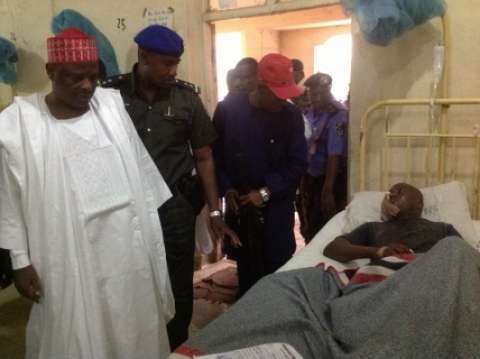 Governor Rabi’u Musa Kwankwaso of Kano State has urged the federal government to urgently address the spate of killing of innocent citizens by insurgents in the North East of the country.

“Those killed, especially the youth had the potential to become soldiers, governors and even president of this country. It was possible for these innocent people to become everything in life and contribute to nation building. Yet they were killed aimlessly. This is very disheartening and must stop”, the governor stated.

“It is very sad that the insurgents do not spear anybody whether the army, police, politicians or clergy”, said the governor, lamenting that recently, they snuffed life out of a respected Islamic scholar, Sheik Muhammad Auwal Albani in Zaria, Kaduna State.

The governor, therefore, appealed to the federal government and security agencies to beef up security in order to protect lives and properties of the citizens in the interest of peace and sustainable national development.

Earlier, AVM Riba told the governor that he was in the state on familiarisation tour to the units under his command and assured that his men would partner with the state government in order to make the state more secure.