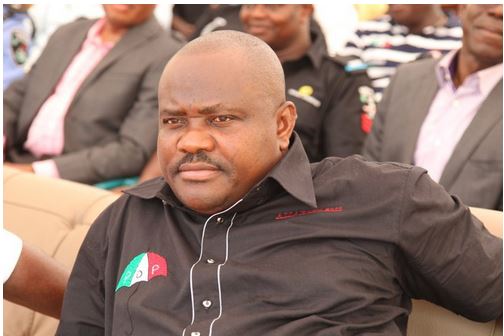 The Rivers State All Progressive Congress APC, have called for a seven day fasting and prayers secession against Chief Nyesome Wike, the Peoples Democratic Party PDP governorship candidate in the state.


The APC in the press statement stated that the fasting and prayer program which is to will commence on 25th March, 2014 and ends on 1st April, 2014 at the APC State Secretariat old GRA Port Harcourt during the normal period of the weekly prayer and thanksgiving of APC Women.

Evangelist Dr. Davies Ibiamu Ikanya the Interim State Chairman of APC, Evangelist Mrs. Carol Nagbo the APC State Women Leader and other great men and women of God will be conducting the programme.

”We have read with profound gratitude reports of the adoption by the leadership of the opposition, Peoples Democratic Party (PDP) in Rivers State, of Chief Nyesome Wike, the Supervising Minister of Education, as the party’s candidate for the 2015 gubernatorial election in the State. We are aware of the opposition of some camps in the disunited party to the choice of Wike and it is our prayer for these dissenters to sheathe their sword and support Wike’s candidature if they are really interested in saving Rivers State from the diabolical influence of PDP come 2015.

APC while stating that at the appropriate time the right candidate will be elected went on further to reveal why the prayers and fasting is needed: The fact remains that Chief Wike, who has spearheaded PDP-led Federal Government’s onslaught against Rivers State, has lost political value in the State. Most of the people that made him tick politically have since deserted him to APC while some hungry loafers are massaging his ego just to enable them have a meal at his expense.

Apart from Wike’s political baggage, another major factor counting against him is that he comes from the Ikwerre axis where the current Governor, Rt. Hon. Chibuike Amaechi, also comes from.

With Governor Amaechi spending eight years as Executive Governor of Rivers State by 2015, it will amount to political slavery of other sections of Rivers State to allow another Ikwerre man to be elected Governor come 2015 and as a just political party we will not allow such blunder to happen no matter the odds.

Meanwhile the PDP has reacted to this development in a statement signed by Jerry Needam SA, on Media to State PDP Chairman, Bro. Felix Obuah: ”such action by the APC is not only a waste of time and our People’s resources, but apparently, a blasphemy and sacrilegious as the APC has never shown any disposition to the things of the Most High God, but has over the period exhibited high rate of recklessness, violence, insensitivity to the plights of the people, misappropriation of public funds and peddling of lies and blackmails.’

The PDP, however said the part has not endorsed anybody as its governorship candidate saying its gratifying that the APC could not hide its understandable fears for the possible emergence of a better and suitable candidate like Chief  Nyesom Wike.

So rather than deceiving the public on the obvious motive for the prayer declaration, the APC should come out plainly and inform the potential prayer “warriors” of threat such candidature poses to the APC candidate to avoid praying amiss.