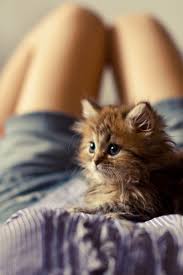 England’s public health agency says two people have caught tuberculosis from a pet cat, the first time the bacterial disease has been documented to spread from cat to human.

In a report published on Thursday, Public Health England said it concluded TB samples taken from the cat and from two people in contact with the animal were “indistinguishable” and that the cat was considered to be “the likely source of infection.”

Between December 2012 and last April, veterinarians identified TB in nine pet cats in Berkshire and Hampshire, west of London.

Public Health England said the two people who caught TB were recovering and said the risk of further spread from cats to humans is very low.

TB is a bacterial disease that kills more than one million people annually worldwide.

It is a serious condition, but can be cured with proper treatment, namely a range of antibiotics taken for at least six months.

TB mainly affects the lungs, but can affect any part of the body, including the bones and nervous system.

Typical symptoms include having a persistent cough for more than three weeks that brings up phlegm (which may be bloody), weight loss and night sweats.

People can also experience a fever, tiredness and fatigue and a loss of appetite.
Usually, TB only spreads after prolonged exposure to someone with the illness, such as living in the same house.