Joseph Yobo’s younger brother, Gideon, has hit back at Liverpool landlord Ray Smith, after the Briton claimed he was horrified by the state in which he left the penthouse flat he rented out to him. 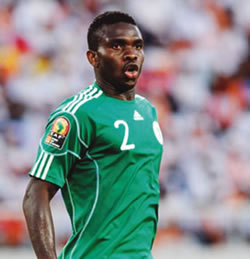 Smith claimed there were burn marks on the carpet, the kitchen and bathroom were left in a mess and the walls had holes in them – signs left from flat-screen television installation.

Gideon, who lives in the South Ferry Quay apartment, expressed his disappointment at Smith’s behaviour.

“I’m the one that lived there, paid for the rent and responsible for anything he has to say,” Gideon explained.

“He’s been trying to make it look like (Joseph) was involved when I was actually the one that lived there from 2010 until this year.”

The younger Yobo, who returned the keys to the flat over the weekend, slammed his former landlord and accused him of looking for attention.

He said: “I know people want cheap publicity but any concerns he has should be directed at me or the letting agency.

“Mentioning my brother’s name because he is a Premier League footballer is a shameful thing to do.

“It’s sad he took that route all in the name of seeking attention and the spotlight.”