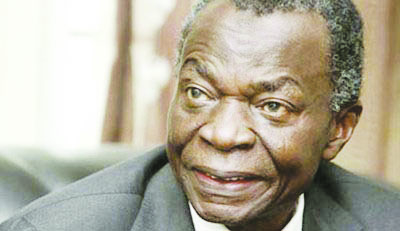 A retired President of the Court of Appeal, Justice Ayo Salami has said that most Nigerians believe that occupants of elective offices do not enjoy the mandate of the electorate.

He also noted that graft, disregard for due process, insensitivity and impunity on the part of government officials have weakened the country’s electoral processes.

The eminent jurist recommended an “activist Judiciary” to guarantee a long-lasting democracy.

Justice Salami made these views known in Ilorin, the Kwara State capital, at the annual Mohammed Mustapha Akanbi Lecture, organised by the Faculty of Law, University of Ilorin (UNILORIN).

He said: “In a word, their so-called electoral mandate lacks legitimacy. On their part, public officials have scant regard for the common good. All these have far-reaching implications for good governance, accountability and sustainable development. In this context, the popular expectation is that the Independent National Electoral Commission (INEC) should brace up for the challenges the conduct of the 2015 elections will throw up. The inevitable question would be whether or not the Judiciary has any role to play in this regard”.

The retired jurist explained that a vibrant and dynamic system of law cannot make any meaningful impact with a docile or timid Judiciary.

Justice Salami added: “The Judiciary must re-invent itself to give more bite to the raw content of our laws. In this regard, we advocate a judicial interpretation of electoral laws in such a way that in the end, justice would be served.

“One may continue to wonder about the reasons for my insistence on a pro-active Judiciary as a panacea for the rot in our electoral system, in particular, and the society as a whole. The reason simply is that the political parties, under our kind of political arrangement, are too powerful to be left unattended to.

“A situation where the political parties are allowed to dictate to the exclusion of other bodies, how issues of national importance are carried out, is too dangerous for the well-being of the polity”.

The ex-Appeal Court president noted that the Electoral Act “has tragically failed to prevent the use of public funds by incumbents to finance campaigns and re-elections”.

He added: “It is, indeed, remarkable for its failure to check the abuse of the role of thuggery and money in politics”.

Justice Salami further noted that the provisions of Section 185 (6) and (7) of the 1999 Constitution (as amended), which stipulate 180 days for election tribunal, are rigid and immutable.

He said: “In the circumstance, Section 285 (6) and (7), recently introduced into the Constitution fixing time within which to dispose of election matters by tribunals and courts, does not evince fair hearing. It violates petitioners’ and appellants’ rights to fair hearing. There is an aphorism that ‘justice delayed is justice denied’. I make bold to say that justice hurried in an election matter is equally tantamount to justice denied.

“With respect, we take the view that the 180 and 60 days’ stipulations in the Constitution are inadequate. I submit that a period between two and three months must first be given to the parties to sort out preliminary matters of documents, inspections and interlocutory applications. I need to add that these two and three months will not form part of the 180 and 60 days. Experience has shown that in most tribunals, the first three months are usually devoted to these preliminary matters”.