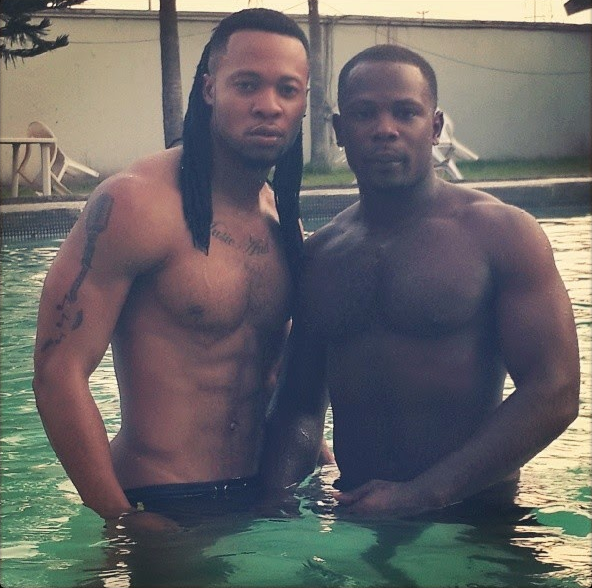 The singer who has been flaunting his abs on social media, has posted another shirtless photo with a friend in the pool and some of his fans did not like the photo. While some say it’s inappropriate, some said it looked like a gay picture.

An hour later, he exchanged a “Goodmorning’ tweet with his rumoured boo Dillish perhaps to clear the air that he is far from being gay…..