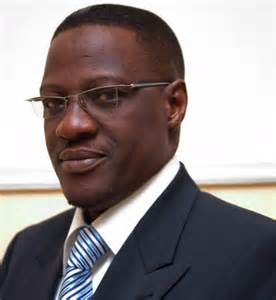 The Kwara State Government and the Peoples Democratic Party in the state on Sunday expressed different views on the performance of the Governor Abdulfatah Ahmed-led administration.

He said instead, government had multiplied people’s sufferings in the state geometrically.

Edojah also accused the state government of poor management of resources, alleging that the APC-led government was in dire need of funds to finance its numerous activities and had therefore resolved to borrowing money with little or no decorum nor consideration of its implications on the well-being of the masses as well as the finances of the in-coming government.

“This condemnation is the true reflection of the minds of the entire people of the state whose mandate the Kwara APC has mortgaged by embarking on endless bond sourcing with no genuine reasons, all with the motives of impoverishing and liquidating the financial base of the state.

“Once again, it is obvious that Kwara State under the leadership of the APC chieftains cannot achieve anything meaningful without approaching either money or capital markets for bonds which will eventually spread on the periods that will even out-leave them in government.

“The APC government that has earlier applied for the sum N30bn loan as reflected in its 2014 budget proposal, has also sought for additional N23bn loan”, Edojah said.

In a counter-argument, the Senior Special Assistant to the Governor on Media and Communication, Dr. Muyideen Akorede, said the PDP was attempting to misinform the public.

He claimed that the Gov. Ahmed-led administration had implemented people oriented policies, adding that government programmes and policies have boosted human capital development and increased infrastructure transformation in the state.

He also debunked the allegation that the state government had taken out two separate bond issues.

He explained that the state government actually revised the earlier planned bond value from N30b to N23b having identified alternative means of funding identified projects internally.

In his views, the move will actually reduce government’s expenditure on debt servicing and free up funds for additional life-transforming projects and programmes as existing liabilities are
restructured.

“The PDP is either completely out of touch with reality or plainly ignorant of public sector finance. It is obvious to all that Governor Abdulfatah Ahmed has remained high-performing since inception through life-transforming programmes.

“These include the employment of 5000 youths, disbursement of N640m to cooperatives, artisans and transporters, the reduction in KWASU fees, abolishing of tuition fees at Senior Secondary School level, payment of bursaries to students, rehabilitation of five general hospitals and massive overhaul of road, energy, education and water infrastructure, to mention a few.

“Our planned employment of 8200 youths this year, the nearly completed state of the art International Vocational Centre, Ajasse Ipo, the ongoing expansion of Kwara State University, the planned reconstruction of major federal, urban and rural roads, schools and establishment of an Independent Power Project plant, all point to an administration that is focussed on high performance in all sectors.

“The Ahmed administration is committed to enhancing the lives of its people and refuses to be distracted by the antics of a diminished party”, Akorede said.