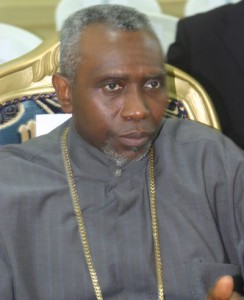 National President of Christian Association of Nigeria, CAN, Pastor Ayo Oritsejafor, yesterday said whenever the perpetrators of heinous crimes like the Abuja bomb blast die, their corpses should be fed to pigs because they are on the same level with pigs.

“I completely condemn the bomb attack on a motor park in Nyanya, a satellite community on the outskirts of the Federal Capital Territory, Abuja. This is very inhuman, ungodly and barbaric.

“I don’t even have the adjectives to describe what these mad people have done. As far as I am concerned, the perpetrators are not human beings and in my own opinion, when they finally die their corpses should be given to pigs because they are on the same level with pigs.

“How do you do this kind of thing to human beings? So definitely, they cannot be humans. It is so unfortunate.

“Anybody who has given N1 to these people, whether they are local people or foreign financiers, the same judgment will come upon them and their children.” They will not escape it. So those are my words,” Oritsejafor said in a statement.