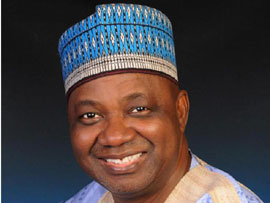 The Osun State chapter of All Progressives Congress has rejected the war intention of the Vice President, Namadi Sambo, who declared in Abuja Wednesday, that the June 21 and August 9 governorship elections in Ekiti and Osun respectively will be “a war” that the Peoples Democratic Party will “fight” to regain the two states at all cost.

According to the opposition party, this is a sadistic declaration of war by a government, on its own people and also clear evidence that the ruling PDP is behind the security challenges confronting Nigeria, including the Boko Haram insurgency.

In a statement released in Osogbo, the Osun State capital yesterday by the party’s Director of Publicity, Research and Strategy, Barr. Kunle Oyatomi, the APC warned PDP to think twice before it imports war to the South-West, which it said has been the most peaceful area since the return of democracy.

“We reject this war proposal of the VP because it will spell disaster for the country”, the APC said.

The party further warned that already, the Federal Government has a series of war on its hands which it has failed woefully to win, therefore, it should not start a new war on the peaceful people of the South-West as it would amount to biting more than the government can chew.