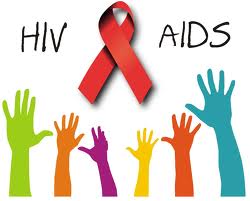 The campaign to give People Living With HIV/AIDS (PLWHA) or those affected by the virus a sense of belonging in the country got constitutional backing yesterday as the Nigerian Senate passed a Bill to prevent stigmatisation and discrimination against them.

The Senate approved a two year jail term or maximum of N1 million fine against any institution or organization that discloses the status if an infected person.

The Bill stipulates a N500, 000 fine for any individual, who discloses the status of an infected person, information which he or she may have obtained in confidence.

The Chairman of the Senate Committee on Health, Ifeanyi Okowa (Delta North), said the Bill would protect the rights and dignity of people living with the virus.

Okowa noted that the Bill would also encourage those infected, to declare their HIV status in a more friendly Nigerian community.

The senator was of the hope that the risk of transmission would be significantly reduced when the Bill is eventually signed into law.

Similarly, the Bill makes it an offence for any employer, institution, body or individual to ask for the result of or conduct an HIV test as a pre-condition to offer employment, access to public/private services or opportunities.

It also criminalizes the demand for HIV/AIDS test by any educational institution – private or public – as part of its routine medical requirements for admission or accreditation of students.